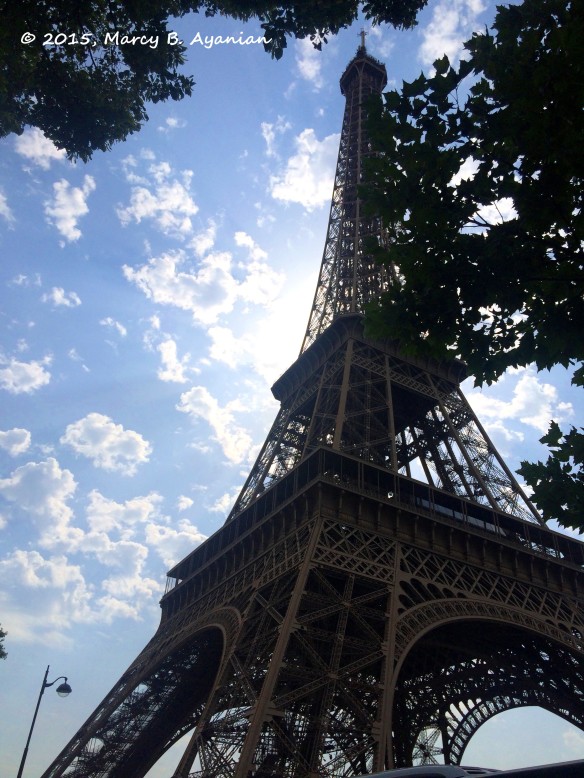 As her mount shifted uneasily under her, she grasped the brim of her old felt Stetson, gazed upwards and remembered Jean  Pierre’s advice.  Jay,  as he was known back on the ranch, had given Patricia a glimpse of the world in books carried in a large carpetbag.  Souvenirs of his travels, and tools of his trade nestled along side books  that hinted at  adventures in exotic lands.   He didn’t talk about his past  or the reason he ended up on a cattle ranch  on the Texas border.

No one questioned his arrival or his recipes.  The ranch hands ignored the fancy sounding names such as Coc au vin or Filet Mignon, digging into dishes served at the long plank table.

But Patricia, hungry for adventure ate up the introduction to new worlds. She was twelve the summer he arrived at the kitchen door.  Stoking the old woodfed stove he worked his magic, all the while fueling the imagination of the curious girl. She learned about the Eiffel Tower, taller than the derricks in the oil fields; a museum called the Louvre where there was room upon room holding art she saw in Jay’s books.  She found a map of France and imagined the city of Paris, full of intoxication.

Patricia never made it to Paris.  Instead she followed Jay’s advice to dream big and landed up on a movie lot in Hollywood. The movie was about a cowgirl’s adventure to Europe.  As she stared up at the replica of the Eiffel Tower she remembered the ranch hand who had fed her imagination.